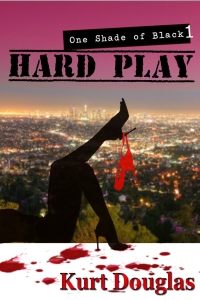 “Frank was no stranger to bending the rules. He knew they’d have it in for him if he started stepping on the wrong toes, and when Frank started stepping on toes, bones were bound to break. In the past, it was usually his own so this was his compromise; stealing evidence, snapping photographs and keeping quiet about the whole thing.”

Ex-cop and part-time strip club owner, Frank Black, has agreed to investigate a missing local judge for a free month’s rent. It seems like an easy job. A good deal. That is until the bodies start to mount.

Set in the sprawling city of Los Angeles, Hard Play is sexy, fast, fun, and Frank black is tough as nails. But is that enough? With the help of Amy Van, the leggy medical examiner who’s slowly stealing Frank’s heart, can he put it all together before anyone else has to die?

Strip Clubs. Weed Shops. Bodies and bombshells. All in Los Angeles. What more could you need?

For Authors. By Authors.

My Tweets
Join 1,709 other subscribers